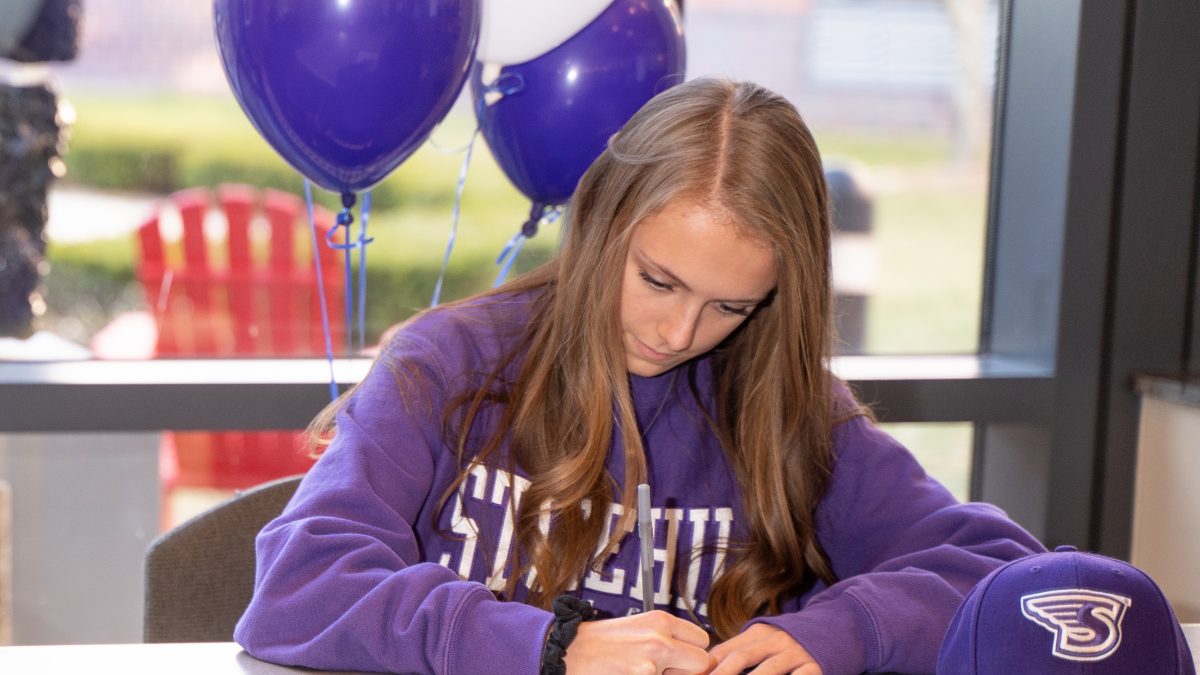 by FieldLevel
Guidance for Athletes + Families 0

National Signing Day is an important time in the college recruiting calendar. It’s the first day student-athletes can officially sign a National Letter of Intent (NLI) to commit to an NCAA DI or DII institution. While more than 600 NCAA DI and DII colleges participate, the NLI program is voluntary for both athletes and colleges.

What exactly is National Signing Day?

National Signing Day is the culmination of the recruiting journey for athletes, celebrating their commitments to attend and compete at NCAA programs.

Highlighting an important decision in their lives, athletes typically announce their decisions and sign their NLI at their schools or their homes in front of family, friends, teammates, coaches, and classmates. In some cases, this moment is featured on local or national television.

Depending on the sport, National Signing Day is celebrated by high school seniors and represents a binding agreement between athletes and the colleges they choose. Football and basketball players have the option of making their decisions during early signing periods. Note that athletes are not required to sign an NLI, on a specific day, when they commit.

What the contract includes

What the contract doesn’t include

Signing an NLI does not mean that an athlete has been admitted into that particular NCAA institution. All athletes must still meet the admission requirements of the school. Making the team and playing time are also not guaranteed. The financial terms and conditions are separate from the NLI. Scholarship renewal after one year is also not promised.

Signing periods are specific dates agreed upon by the NLI program and the NCAA during which athletes can sign their National Letters of Intent. If athletes wish to sign an NLI, they must do so within this time period or possibly face a penalty.

Signing early can be beneficial for athletes and the schools they choose. For athletes, signing early guarantees them at least one year of scholarship money, it provides them security against unexpected injury, and it allows them to focus on the rest of their high school careers. For colleges, it allows them to lock in commitments and focus the rest of their time on recruiting other athletes.

There can also be drawbacks to signing early. The recruiting process can be an emotional journey and some athletes feel pressure from their peers, families, or schools to sign and get the decision out of the way. Submitting an NLI officially ends the recruiting process for athletes and limits them from exploring other opportunities.

That said, before locking into binding agreements, it’s important for athletes to weigh their opportunities. Prior to making their final decisions, athletes should always seek advice from their families, coaches, guidance counselors, etc.

Athletes can benefit from taking more time before officially signing. Waiting to make a commitment gives athletes more time to consider all factors that might impact their decision. Since their recruitment is still open, athletes can continue to take on more official visits. This may lead to a better fit or options that make more sense financially. It also allows the athlete to see how things play out with other recruits in his or her class. Competition and playing time can significantly impact the athlete’s choice.

Keep in mind that college programs also look for early commitments so they can finalize their rosters. Waiting to sign can be risky since athletes can potentially lose their recruiting spot or get their offer pulled by a college.

Signing windows are specific time periods when athletes are eligible to sign a letter of intent. Each window begins with an initial signing date and ends with a final deadline. Most sports follow a common signing period with the exception of football and basketball. These two sports have updated rules that include early signing periods for athletes.

Athletes have 7 days from the issue date listed on the document to sign their NLI before it becomes invalid. The signing windows are on the NLI website here if you’d like to see any specific dates.